And the Rockets' Red Glare—The Science of Fireworks 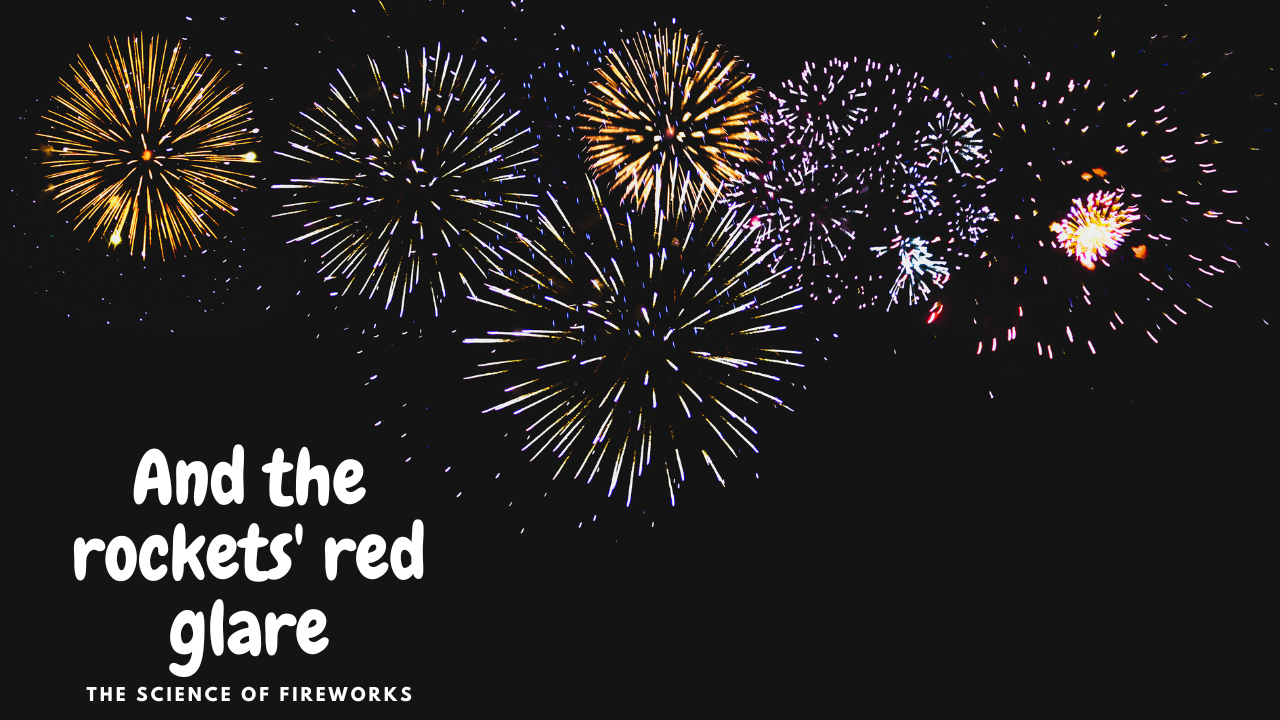 In so many celebrations in life, we find that the addition of fireworks can brighten up festivities. In the United States, we see fireworks yearly at the Fourth of July. In Paris, the sky is illuminated for Bastille Day, and in Dubai, London, and Rio de Janeiro New Year's Eve is accompanied by hundreds of fiery displays.

Fireworks were first invented in Ancient China, where festivals and public celebrations were accompanied by the addition of bamboo stems packed with gunpowder—some of the first firecrackers. Later, Chinese pyrotechnics, would begin mixing chemicals with gunpowder to create colored fireworks.

The colors of fireworks are interesting in their own right—burning is a chemical process, after all!

When we burn something, there is a chemical reaction that results in physical change. In this case, burning a firework causes there to be the release of heat(fireworks are really hot!) and light(that's what we see!), as well as other chemicals, in the form of gasses, such as carbon dioxide.

We can add in other chemicals to change the color that the fireworks burn.

Strontium and copper salts in combination with one another burn purple

Here, we can see how different a sodium and strontium based firework burn:

Fireworks are a lot of fun, but they can be very dangerous too. Burning anything, but especially pyrotechnics should only be done with an adult.

A curated STEM newsletter delivered to your inbox.

Each week we'll dive into something new for you to explore!

You're safe with me. I'll never spam you or sell your contact info.

Enter your details below to join the challenge.